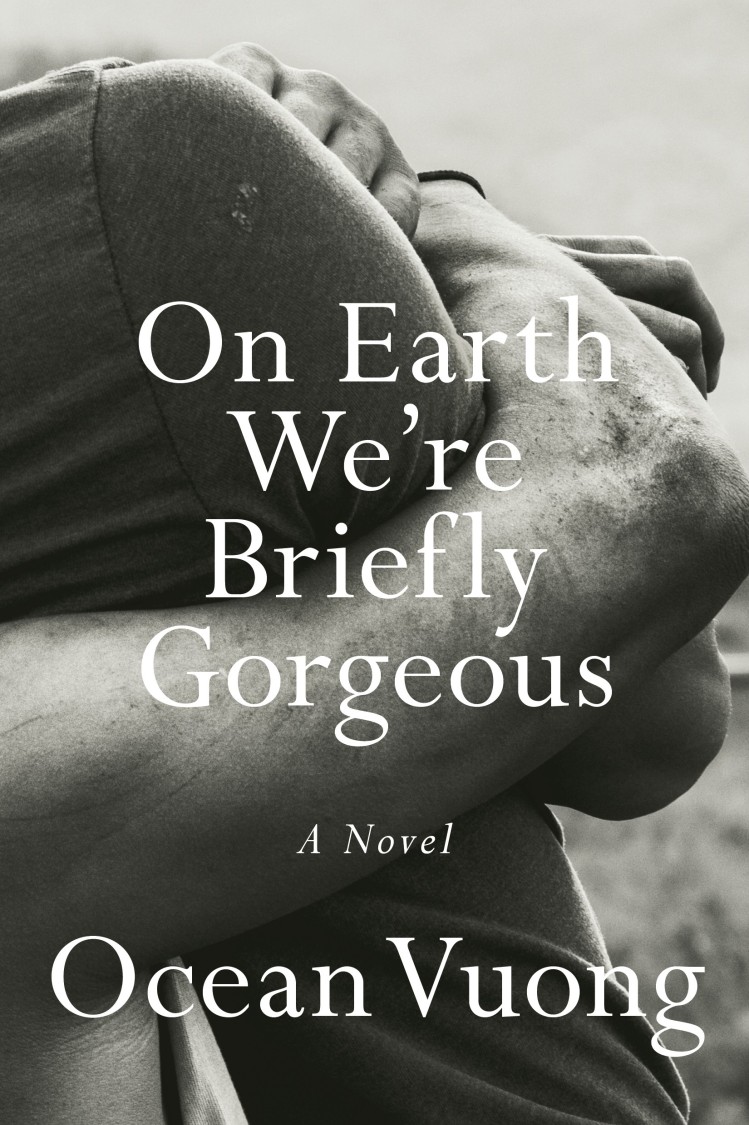 Every so often you read a novel that leaves you a little breathless. A novel so darn good that it haunts you like a bruised rib, reminding you of the power of fiction, the potential it has to move, connect, provoke, and bear witness.

On Earth We’re Briefly Gorgeous, the debut novel by Ocean Vuong is one of these. Vuong has already gained much critical acclaim with his debut poetry collection, Night Sky With Exit Wounds. His first foray into fiction will surely result in more of the same.

Styled as a letter by the protagonist, Little Dog, to his illiterate mother, the novel traces this Vietnamese boy’s journey to early adulthood in gritty Hartford, Connecticut.

As one would perhaps expect from a lauded poet, the prose is rich with poetry — the sentences sing, never hitting a false note. The phrasing is fresh and vivid: the inside of a cheek “where the flesh was softest, tasted of cinnamon gum and wet stones”; while working on a tobacco farm Little Dog observes “the coiled summer air, sputtering with heat, rise over the razed fields”; a black wren on a windowsill is a “charred pear”.

There are tonal shifts — from the lyrical personal narrative to sections of essay-like exposition (about the Vietnam War, Tiger Woods, OxyContin). Instead of these bits being clunky and out of place, their inclusion seems — to me, anyway — to form part of a daring and inventive approach, challenging and transcending expectations of what the form, register and timbre of a first-person novel should be like.

Vuong writes with acute self-awareness and empathy. He describes the physical abuse Little Dog’s mom meted out to him in harrowing, painstaking detail. But instead of this resulting in the caricature of a monster, a far more nuanced portrait emerges — a meditation on the perpetuating nature of violence; the way that those who’ve experienced it can end up inflicting it on others.

There is a justifiable anger that simmers beneath these words. But, as Vuong provides searing scrutiny, there is never a loss of exquisite poise — a calm, clear-sightedness that gives this rage all the more power. There is much to be angry about. The casual racism (and vicious misogyny) Little Dog and his mother frequently encounter in their adopted country. The foolish, jingoistic imperialism that this prejudice, in part, gave birth to. Unbridled cold-hearted capitalism — of the sort that resulted in the medical system being awash with the highly addictive painkiller OxyContin, precipitating an opioid epidemic across countless communities. This epidemic is particularly close to home, taking the lives of several of Little Dog’s friends as well as that of his first love, Trevor — a relationship Vuong captures with toe-curling precision and aching tenderness.

Vuong’s unwavering critique is never strident or ham-fisted. He never once yells at the reader — he doesn’t have to in order to make himself heard. And he insists on being heard. In spite of being immersed in a culture that has long insisted on the marginalization and even silencing of outsiders, he is resolute and defiant. As Little Dog emerges into adulthood, his self-worth appears to be almost non-existent. But, narrating this letter years later, there’s been a shift. No longer does he think his life, his story, are worth nothing. Luckily for us, he is now determined that his words take up space in the world. The world is all the richer for it.

This book is a lyrical monument to Little Dog’s struggles and resilience — but also to the struggles of those who have been obliterated. Those killed in war (or who continue to be haunted by its horrifying legacy). Those ravaged by a lifetime of menial and poorly paid work. Those killed by overdoses.

This novel is a potent reminder for us all — no matter our background — to listen harder. To remember the silenced. To never attempt to silence others. It is a clarion call for the sidelined to speak out even if they risk being shouted down. And it’s an invitation for those whose privilege and opportunities meant that their voices have always been heard to quieten down, for once. To take up a little less space. To let others take the stage for a change.

Beautiful, commanding and wise, We’re Briefly Gorgeous has the makings of an instant classic. Read it, then tell your friends to read it too.