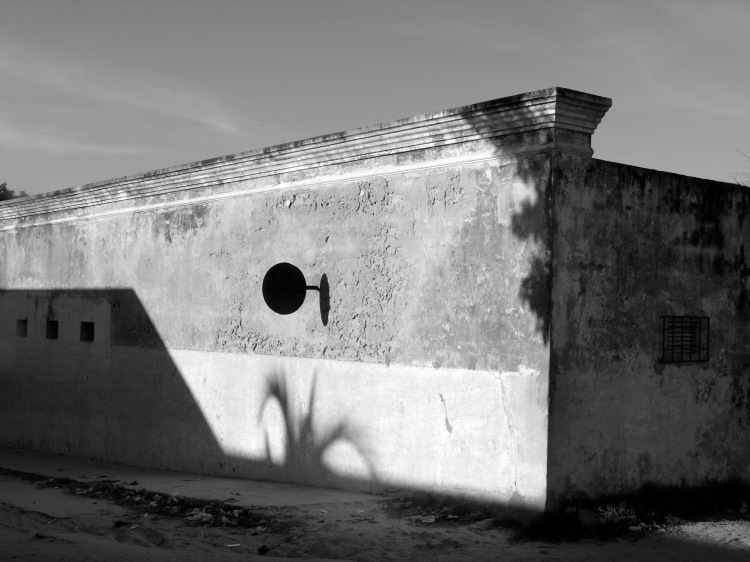 Every day, about 250 refugees trudge into Malawi from Mozambique’s Tete province, joining the more than 11,000 others who have already fled.

In Kapise, a refugee camp 1km from the border, there are only 14 functioning latrines. Despite its woeful inadequacy, the Mozambican government has tried to prevent the reopening of a second, better-equipped centre that was used to house refugees during Mozambique’s 1977-92 civil war.

The government is attempting to convince observers that there is no crisis — and no real threat from which people are escaping.

In January, Jorge Jasse, the head of local government in the border town of Zobue, claimed that people crossing the border were not refugees — they were “lazy” Malawians returning home.

“They don’t want to work the land. They’re all collecting over there, so the government can give them food,” he told Zitamar news agency, echoing sentiments repeated by the state media.

A few weeks later, Deputy Justice Minister Joaquim Verissimo blamed opposition movement Renamo for the exodus, saying it was “responsible for the fear instilled in the community”.

But refugees offer a different story. “The soldiers wanted us to disclose the whereabouts of the Renamo soldiers,” one told United Nations High Commission for Refugees staff last month.

“When you tell them you don’t know, they torture you. So, most of us fled to Malawi for safety.”

Others told Human Rights Watch that government soldiers had sexually abused girls and women that they accused of feeding Renamo combatants.

A second cease-fire was signed in August 2014, but collapsed after Dhlakama’s defeat in the September 2014 elections. The March 2015 murder of Gilles Cistac in Maputo didn’t help, coming not long after the Franco-Mozambican constitutional law expert had suggested that Mozambique’s constitution did not rule out Renamo being allowed to govern the provinces where it had received a majority of votes.

The federal model Cistac hinted at has for a long time been opposed fiercely by the governing party, Frelimo, which has benefited handsomely from the winner-takes-all electoral system.

Holed up in a bush hideout in Gorongosa for the past few months, Dhlakama has threatened repeatedly to take control of six provinces in his central and northern heartland by force — but has not done so. Instead, in the past few weeks Renamo has attacked dozens of vehicles including a government motorcade, buses and ambulances.

Alex Vines, the head of the Africa programme at foreign affairs think-tank Chatham House, says the cause of the escalation is “a mixture of deep-seated injustice, poverty, marginalisation and a sense that gas and coal are making, and will make, Frelimo elites rich and Renamo is excluded”.

Coal is mined in Renamo stronghold Tete, while the gas in the Rovuma basin off the coast of Cabo Delgado province could make Mozambique the third-biggest exporter of liquefied natural gas when extraction begins in 2021.

Vines says tensions have been worsened by “a divisive strategy under former president Armando Guebuza to stamp total Frelimo domination across the country”.

Although President Filipe Nyusi has adopted a far more conciliatory approach towards Renamo, the opposition’s fears of domination are not totally unwarranted. Several of its political leaders have been abducted, and some assassinated.

There are signs, too, that Nyusi’s stance is hardening after he mobilised 4,500 police and soldiers to quell the violence.

His party is not afraid of playing dirty, either. The Mozambican online publication Verdade reported recently that the police’s Special Forces Rapid Intervention Unit was effectively a hit squad that eliminated undesirable opponents.

The unit’s juiciest target was Dhlakama, who managed to escape when they attacked his motorcade last September in Manica province. Several members of his entourage were not so lucky. While the discovery last month of a suspected piece of the Malaysian flight MH370 along Mozambique’s coast has garnered more media coverage than the simmering conflict in its hinterland, investors and analysts are watching keenly — worried it might spread.

“Foreign direct investment has not been directly impacted, but it has certainly increased investors’ and lenders’ concerns about risk, and how renewed armed violence is distracting government focus from longer-term strategic decisions about investment,” Vines says.

Prices for goods have risen in central Mozambique, while there have been reports of 97 schools closing because of the conflict, affecting about 36,000 pupils.

Dhlakama says he is open to talks, but insists South African President Jacob Zuma, the European Union and the Catholic Church — which played a key role in the talks that produced the 1992 cease-fire — step in as mediators before he comes to the negotiating table. Nyusi has responded that participation in negotiations cannot be subject to conditions.

With trust at its lowest ebb, Vines believes there is little chance of negotiations or a cease-fire happening soon. “There is sadly plenty of opportunity for miscalculation and things could get a lot worse,” he cautions.

“The fighting in 2016 has seen more deaths, injured and displaced than during the total mini-insurrection of 2013-14. Longer term, both sides are looking for some sort of formula for more talks and to try and hammer out a deal.

“Renamo does not have the capacity to return to full civil war, but it can, as it has shown, be disruptive,” he says.

This first appeared in the 18 April edition of Business Day.