Adventurer Sir Ranulph Fiennes reveals what drives him to the ends of the earth. 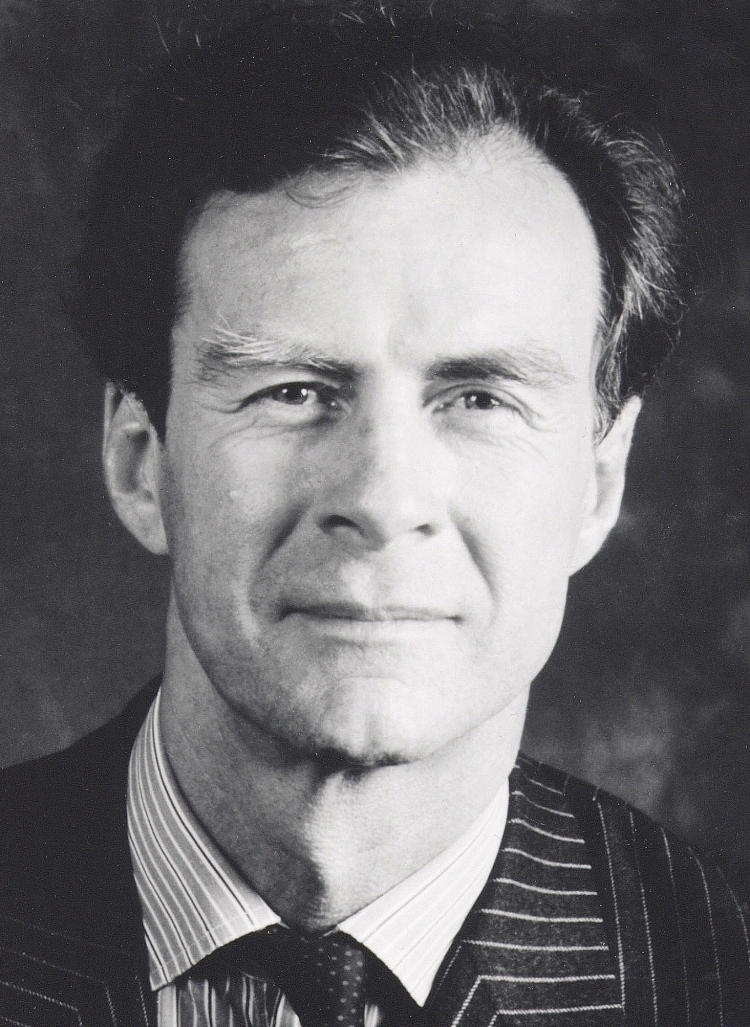 Sir Ranulph Fiennes and I have at least one thing in common – our shoes. In late November, when I meet the man the Guinness Book of Records has declared the World’s Greatest Living Explorer, we are both wearing desert boots – or veldskoen. He tells me he’s been wearing them since his army days when they kept him cool in the desert.

But we haven’t met in a soulless corner of a hotel to discuss shoes or, indeed, the desert. Straight off an overnight flight from London, Fiennes is in Cape Town to meet the returning team members of The Coldest Journey expedition – which set out earlier this year [2013] to cross Antarctica during its fierce winter.

Fiennes, who had spent more than five years meticulously planning the expedition, was forced to pull out in February – shortly before the crossing commenced – when he got frostbite on his left hand while testing his skis.

“What I’ve never done is cry over spilt milk,” he says. On returning home he threw his energies into writing Cold – a riveting account of his expeditions in sub-zero temperatures, stretching back to the 1960s. These exploits – including a circumpolar navigation of the world, an unsupported crossing of Antarctica, several attempts to reach the North Pole unsupported, and climbs up both Mount Everest and the north face of the Eiger – are interwoven with a history of polar exploration, from the days of British seafarers searching for a northwest passage to Asia around Canada, to Scott and Amundsen’s race to the South Pole.

I ask him what made him keep on returning to the polar regions. “The Norwegians,” he says. “Because there are only two poles and that number’s not going to increase, it’s a rat race to get the big records. I don’t mean the repeats, and I don’t mean by bicycle – but the big, human records like first up Everest, first to cross Antarctica, first to cross both of them and all that sort of stuff.” From the 1960s onwards, Norwegian adventurers, whom he describes as “aggressively record seeking”, were also coveting many of the records Fiennes and his team were chasing. “We started thinking they’re not arrogant but they sort of think they own the polar regions and that records are there to be broken by Norwegians.”

Cold traces a history of “300 years of suffering and horror and malnutrition and cannibalism mainly by Brits as they desperately tried to inch further into whatever was up there and then later whatever was down there,” he says, arguing that the British, “through all the suffering of their dead predecessors and the ships that had sunk”, deserved to be first to the poles. They weren’t – of course: it was an American, Robert Peary, who claimed to be the first to the North Pole (in 1909) and a Norwegian, Roald Amundsen, who reached the South Pole two years later. But Fiennes knew that “being first to the pole wasn’t the only record – there were crossings, traverses, there were unsupported and supported. So we thought back in the 1960s it would be nice to carry on in the light of the fact we had better equipment and there were still records then to be broken.” He realised they couldn’t do it as “Brits alone so our team became Commonwealth-based”, growing to include New Zealand, Irish, Australian, South African and Canadian volunteers. “But we still did it under the old UK flag and the Commonwealth supported us.”

“We wouldn’t go back again if there were no more records to break,” says Fiennes. “At the moment the only record which remains – because either the Norwegians or we have knocked them all off – would be to cross Antarctica during the winter.”

Michael Stroud, a doctor with whom Fiennes has done many previous expeditions, first envisaged The Coldest Journey. Stroud rang Fiennes with news the Norwegians were planning a winter crossing, an expedition “which we looked at and thought wasn’t possible”. But Stroud said he had worked out how it could be achieved, using the experience gained in 1992 when he and Fiennes crossed Antarctica unsupported. He realised that they had to abandon the rule of never using a hand-warmer – instead, they would use all the artificial heat possible. And this time, they would also drop supplies at strategic points, significantly reducing the amount they would be towing using the same man-hauled system they had crossed the continent with previously. Designed by British Aerospace, the hauling equipment meant  “we’ve got no pressure on crevasses – we just go over them,” says Fiennes. “They may well be there in their thousands but we just skim over the top.”

“It was all planned,” he says. They were convinced they could “knock off the last big one”. But then they hit a major stumbling block: the Polar Desk at the UK’s Foreign and Commonwealth Office. Fiennes says “their mouths just fell open” when he revealed the plan. The diplomats said they couldn’t grant a permit as they were convinced the expedition would run into trouble. As evacuations from Antarctica are impossible during the winter, help would be unavailable – and they said it would be very embarrassing if they died. Fiennes argued that the British Antarctic Survey’s personnel were allowed to spend winter in Antarctica – so why couldn’t they? The Polar Desk retorted that the BAS had medical facilities and never left their research stations.

“I said how about we set everything up so that we can do everything that they can do?” he says. To meet the Desk’s onerous requirements they ended up with “what amounts to 25-ton vehicles” – two modified Caterpillar tractors towing heated cabooses.

“I didn’t in any way contribute to the mechanical progress – I can’t even change a spark plug. I was there to ski,” says Fiennes. He would do so on his own, as a hip problem had forced Stroud to pull out six months before departure. In addition to being responsible for spotting potentially dangerous crevasses, Fiennes wanted to ensure that his crossing on skis would mean the Norwegians couldn’t then claim his team’s record wasn’t adequate, as it had only been done mechanically.

Fiennes is adamant that his premature departure from the expedition didn’t have any effect. Nevertheless, after journeying more than 300km, climbing 3000 metres up onto the polar plateau, the team decided to abandon its crossing attempt in June. Its negotiation of several torturous crevasse fields had taken much longer than anticipated, and they had been beset by technical difficulties. The team have spent the past few months in isolation, focusing on the five scientific international projects the expedition had set out to achieve.  These included White Mars project which researches the psychological and physiological effects of living in cramped quarters in a cold, hostile, and oxygen-poor environment – providing indispensable insights to be used for future space travel Other projects have included mapping the Antarctic ice sheet’s surface, researching cold-resistant bacteria and monitoring weather.

“The scientific work was huge but Brian Newham [the traverse manager] was one of the few people who can cope,” says Fiennes. Research has long been an important part of Fiennes’ expeditions. “I’m not a scientist and I don’t claim to be but I make it possible for scientists to go and do their thing,” he says. He takes it so seriously that in 1990 he took Maclean’s, a Canadian magazine, to court after it claimed his expeditions had no scientific value. He won the case.

I glance at Fiennes’s left hand. It appears fully healed now, though the fingers are stumpy – he sliced off their tips with a saw after getting severe frostbite during his failed solo attempt to reach the North Pole in 2000. Time is running out, but there is still much to ask. Notwithstanding those pesky Norwegians, I want to know what makes him endure the fierce and prolonged discomfort, the repeated bouts of danger that are inherent in polar adventures. Is it the danger itself which becomes addictive?

I ask him why are humans so keen to break records. “I don’t know what it is – it’s different sorts of compulsions and it changes as time goes on,” he says. Humans are generally “more competitive over more things which don’t seem to benefit them than animals and birds” – which mostly compete “for sensible reasons – to propagate their species”. Competitiveness “doesn’t have to be against others – it can be against yourself and your previous performance,” he says. He mentions his search for the lost city of Ubar, in the Arabian Peninsula, which he discovered in 1992 after seven previous searches, the first of which was in 1967. “It was totally compulsive,” he says. Instead of deterring him, failure has driven him further, because “each time you realise what you’ve done wrong”. Determination comes from believing a goal can be achieved if the mistakes that were made previously are avoided.

At 68, Fiennes has raised over £16 million for charity; he wants to raise four million more before he dies. The Coldest Journey has already raised $2 million for blindness charity Seeing is Believing. I wonder whether he has something else up his sleeve – another winter crossing perhaps? But we have run over time. Before I can ask, I am ushered out, and the adventurer is left to sip his decaf latte for a few moments before the next interrogation begins.

Cold was published by Simon & Schuster.

This article was first published in Wanted magazine’s December 2013 edition.